How to Develop an algorithm in 2021 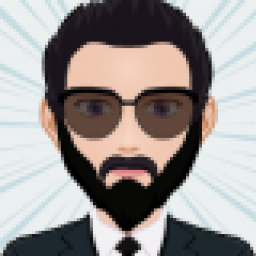 This is a complete guide to Develop Algorithm, Flowchart and Pseudocode.

In this guide you’ll learn all about:

Specifically, in this Article I’m going to cover The Steps to develop algorithm and Characteristics of Algorithm Which is SUPER important in 2020 to solve your Problem.

Algorithm is A set of Formal instructions that is used to solve Logical and mathematical Problems.

Algorithm is Written in English With Mathematical Expressions, Algorithm takes input, carries Number of Effective Steps in a Scalable Amount of Time.

Steps included in the Algorithm should be simple.

Developing an algorithm for Your Problem is easy but one should consider the Following Steps before Developing it.

Another Example of an Algorithm, That will surely help you to develop the Algorithm.

Hope You’ve got the Idea to Develop Your own Algorithm as I Mentioned the Steps Needed to Develop A Algorithm.

Counter is Basically a Variable that controls the number of loops to execute.

The Counter Variable is incremented or decremented with some fix as required.

The Following Should Be Take Care While Using Counters:

What is an Accumulator?

Accumulator simply Accumulates the actual value of the data item with another to provide the final total.

Accumulator is represented by a number variable that stores value in a memory location, that is addressed by its name. It Should always be Initialized to zero at the beginning of the program.

Flowchart is The Graphical representation of logical Sequence of Steps involved to solve a Logical or mathematical Problems with Different Shapes Connected by Arrows.

Every Symbol Represents Unique Activity and The Arrows That Join The shapes, they are called Flowlines.

Drawing a Flowchart is Easy But time Consuming,

The Following points should be Considered before

Oval shaped box known as Terminal box is used to specify The start and End of Flowchart.

Parallelogram Shaped Input-output box is used to Show the Input/Output associated/related steps in a Flowchart.

Regular Shaped Box is Used to Show/Point the Steps Like Calculations and Many more In a Flowchart.

Arrows used to Connect Geometrical Symbols in Flowchart are known as Flow Lines, The Direction of the Flow lines Points/Shows The Steps The Computer will Execute The Instructions To Solve The Problem.

Decision box is used to Show the Steps involving Comparison and Decision Making Steps. Decision box has one entry and Two Exit points And The Points are for True or False.You can Observe that One Arrow/Flow Lines Goes into The Box and Two Arrows Come Out to Point two Alternate Actions to be performed that is based on The Result/Outcome of the Making of Decision.

Connectors points the continuation of Flow on Another Page, where a corresponding symbol is Located

Many Programs are written , built or you can say Developed

But Pseudocode  is not a Programming Language, it is an informal language to describe or express the flow of a program.

Pseudocode cannot be Compiled as a program, it should be Converted according to the Specific  Programming Language. It is Written By the Combination of English,

Mathematical notations or expressions, Capitalized Keywords Like BEGIN,END, ELSE-IF, PRINT And So on.

Learn to Write Pseudocode From Here.

That’s all for my Guide to Developing

Are You going to Develop Your Own Algorithm? If You do

Either way, let me know by leaving a comment.

Any cookies that may not be particularly necessary for the website to function and is used specifically to collect user personal data via analytics, ads, other embedded contents are termed as non-necessary cookies. It is mandatory to procure user consent prior to running these cookies on your website.